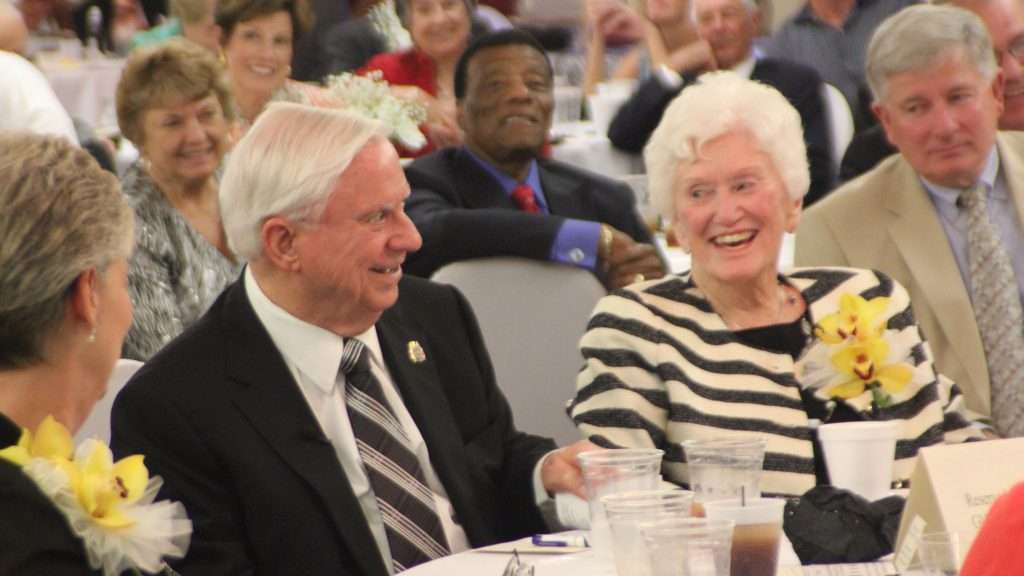 Born May 20, 1924, in Williston, Florida, Mitchell, an honor roll student at Williston High School, attended Florida State College for Women, receiving her degree in English and Commerce. She married Carl Mitchell (deceased) and began her family while simultaneously launching her career as a secretary for Florida Probation and Parole in Quincy, Florida. She was soon promoted as a social worker with the Department of Education where she found a passion for education and working with exceptional children.

In 1958, Mitchell moved home to Williston, Florida, where her path coincided with the newly established Florida Department of Corrections and she attained a position as a classification officer at Florida Correctional Institution in Lowell, Florida, later renamed Lowell Correctional Institution. In this role, she implemented the first classification office for incarcerated women and became the first woman named as a department head within the Florida corrections system.

During her sixteen years at Lowell, Mitchell founded and initiated many programs—drug treatment, education, work release—to name a few. She moved up the ranks serving as Assistant Superintendent and finally appointed by Governor Reuben Askew as the first woman in the nation to serve as a Superintendent of a men’s and women's' correctional institution. She transformed Florida Correctional Institution from a facility of incarceration to a place of education and rehabilitation.

Throughout her career, Mitchell initiated many innovative programs for a growing female and male inmate population in Florida. She served as Assistant Secretary of Inmate Treatment and Programs in the Department of Corrections Central Office in Tallahassee. There she established the first work release center for women in Florida, the first therapeutic community and substance abuse treatment programs as well as a classification and intake center for women. Mitchell's influence and ability to work with all parties created an atmosphere for change. Florida owes much of its growth and diversity in the corrections field to her leadership, compassion, and foresight. In 1975, Governor Reubin Askew appointed Mitchell as the first female Parole Commissioner of Florida, after she served ten years on the Commission.

In addition to blazing trails for Florida Corrections, Mitchell became prominent in her accomplishments on the National Corrections front. She was awarded President of the Association of Paroling Authorities International, a branch of the American Correctional Association. She was the national recipient of both the Maud Booth Correctional Services Award and E.R. Cass Award. She has been recognized nationally for her lifetime contributions to the field of Corrections.

Anabel Mitchell was listed in the 1972 edition of outstanding personalities in the South. She was selected as one of fourteen outstanding women in Florida and was honored by the Florida Council on Crime and Delinquency as recipient of the state distinguished services award for corrections. In 1984, the correctional training facilities at Dade Correctional Institution in Homestead, Florida, was formally named Anabel P. Mitchell Training Center. The Florida Council on Crime and Delinquency recognized her as the fifth recipient of the Council’s prestigious Louie L. Wainwright Award.

Upon her Florida State retirement, in 1987, she and Wainwright launched Wainwright Judicial Services, a correctional consulting firm serving world-wide. She traveled to China and Russia as part of the Citizens Ambassador Program of People to People International, a nonprofit group established by President Eisenhower to bridge the world facilitating international understanding. One of the highlights of Mitchell’s prestigious career was her international corrections work, educating correction professionals in Austria, Poland, Sweden and the Republic of Ireland.

Over the years, Mitchell attributed her successful rise in the corrections field to a series of fortuitous events including “being at the right place at the right time.” In the early fifties, she moved home to Williston with her five children. This coincided with the establishment of Florida’s fifth prison, Florida Correctional Institution (FCI), a few miles from her home, enabling her to join the newly established Department of Corrections from the ground floor.

In addition, Mitchell attributed her success to working in an environment she characterized as having an incredible lack of gender or racial bias, providing opportunities for training and encouraging women and minorities to think innovatively. She credits the leadership of inspiring those in the corrections field to assume greater responsibility by demonstrating their belief in those on the team and providing complete loyalty and support, particularly for women.

Mitchell credited her daily inspiration to her five children, of whom she would say that she learned new lessons from everyday. And for all her many awards and accomplishments, she never failed to support women, always accepting her awards on behalf of all the women in corrections, characterizing them as progressive, hard-working innovators.

One of her most proud memories, in 1970 when FCI inmates entered the Ocala Christmas float parade with their own creation. The theme selected by the men and women was “Bridge Over Troubled Waters.” The float depicted a blessed Christmas in America, with ten lampposts. Beside each lamppost stood an inmate and a staff member wearing their institutional apparel, representing the goals at each step of their incarcerated journey. At the forefront, the ultimate goal, an inmate in civilian clothes rejoined with his family and society. The inmate designed float was awarded first place and gained a personal invitation by Governor Reuben Askew to attend his inaugural parade.

In 2001, Mitchell married her long-time professional partner, Louie L. Wainwright, Sr. in a private ceremony on Usippa Island, Florida. Together they continued to serve corrections nationally and globally and remained devoted to each other for the rest of their time together. Anabel P. Mitchell will long be remembered by those many lives she touched.

Please keep the Mitchell and Wainwright family in your thoughts and prayers during this difficult time.

Ms. Anabel's service will be held on Friday, November 8th, 2019, at 11 AM at Culley's MeadowWood Funeral Home at 1737 Riggins Road in Tallahassee.

You can also leave your condolences, thoughts, and reflections on Ms. Anabel's obituary page.